About two years ago, Justine, creator of Justine's Halloween Blogspot, introduced me to the idea of having a Witch's Party.  Every year, she blogged about the wonderful time that she and her guests had at her Witch Party 2011 & Witch Party 2012 and every year I fell in love with the idea.

Finally, I convinced my mom to start the tradition for us :)  We recently became fans of a local Tea House in our area and while having tea there, we decided that we'd have a Witch's High Tea :)

So, the invitations went out.  This was the picture that we glued to the front of it.  We found it on the web somewhere: 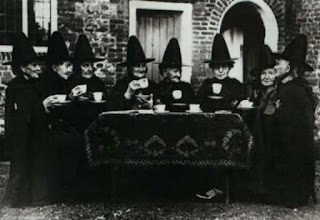 Then I had the joyful pleasure of decorating my Mom's house with a bunch of my decorations: 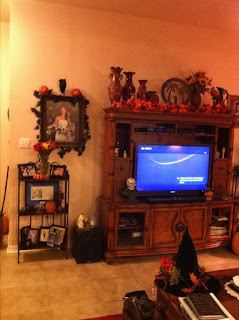 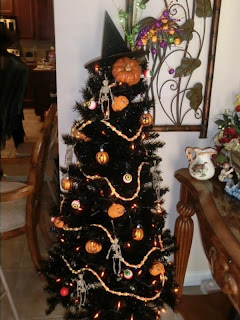 And we even made a few new ones: 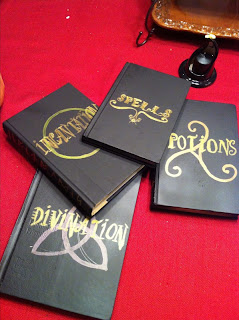 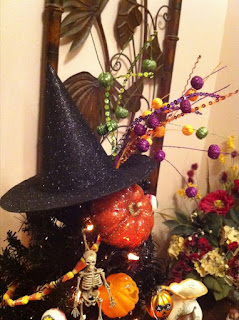 We did a tea tasting to figure out which teas to put in our teapots: 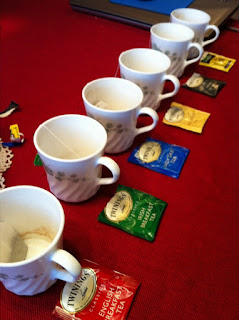 These were the winners along with a lovely chai tea :)  Constant Comment became a new favorite for me :) Orange-spice goodness! 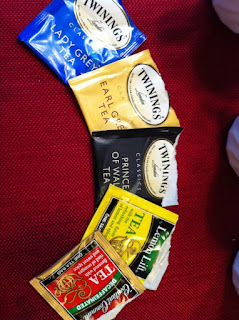 Finally the day of the tea came and we had an AWESOME spread! Lots of traditional high tea foods, such as cucumber, egg salad and pimento cheese sandwiches, DELICIOUS homemade scones with lemon curd, clotted cream and jam, corination chicken salad (with curry, red grapes and walnuts yum!) mini quiche, cookies, brownies, pumpkin bread.  We even ended up with a few other things that our guests whipped up! How cute are the JOL cookie pops? 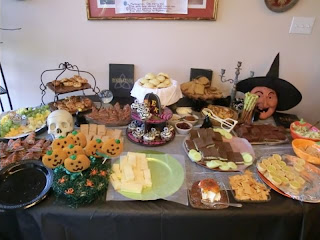 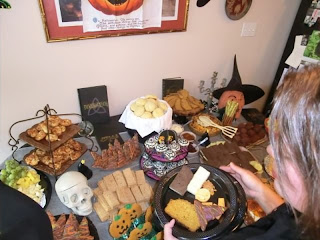 Can't have a witch's tea without witch hat cookies!!! 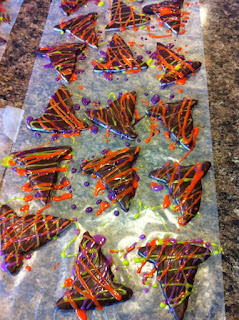 Here's Mom and I, decked out in our witchy hats! 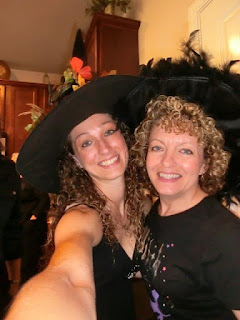 Then all of our lovely witchy guests begin arriving!!
That's when we realized that we had "covens" joining our party! 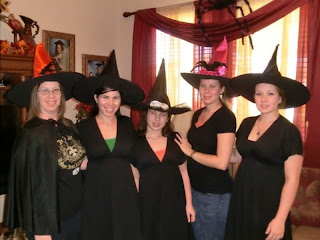 The Glamerous Breast Cancer Awarness Coven
They all decorated their hats with pink glitter in support of the lovely witch on the right who is currently undergoing chemotherpy for breast cancer. 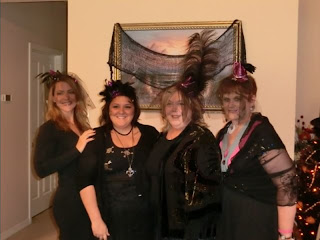 We also had a LOT of mother-daughter teams!


My cousin and my Aunt
(who I credit with the reason I love Halloween.  My Grandmother once told me that this aunt was a real witch!)﻿ 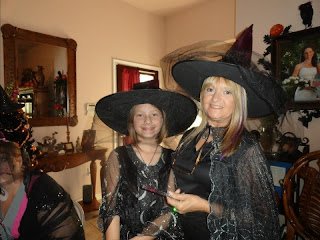 Another cousin and Aunt, who had a BLAST putting together her "proper" witch costume :) 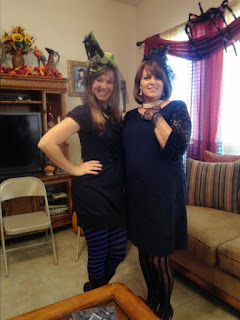 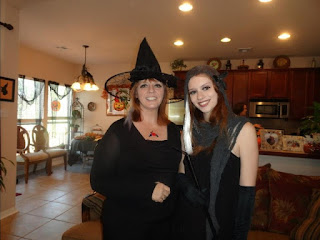 ﻿We even had some wee-witches in training!!! 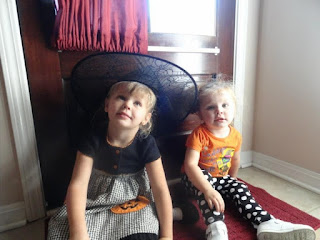 They even tried out some brooms! 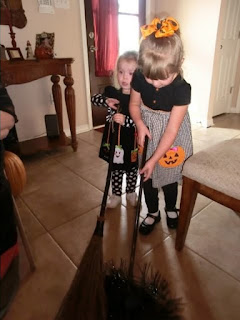 After everyone ate, we played 3 games: Match the Witch with the Movie or Book, Witchy Word Scramble and Halloween/Witchy Trivia! 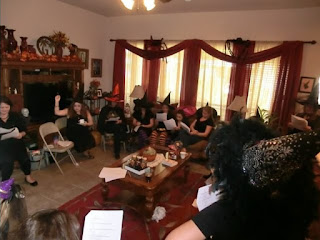 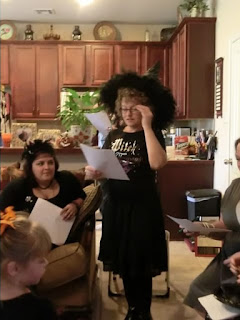 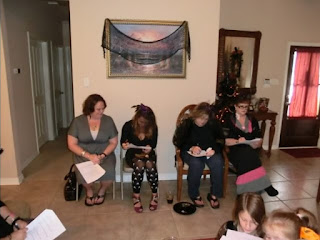 After the games, it was time for pictures! 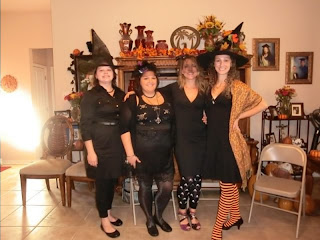 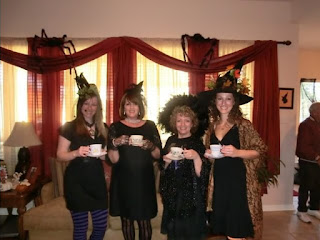 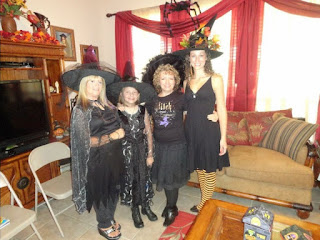 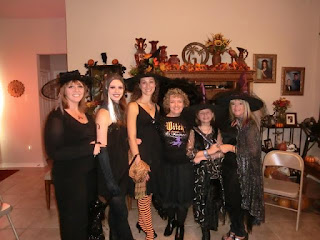 We had an amazing time and can't wait to do it again next year!﻿
Has this inspired you to do your own witch's party?  Maybe you already have a similar tradition.
I'd love to hear about it!

Posted by Countess VonRauber (Heidi) at 7:27 AM