Season 2 of American Horror Story ends tonight. I'm anxious to see how all of the madness comes to an end, but I'll be sad to see it off the air until Season 3 premieres in October.  I must admit that I had my reservations about how the show was going to be developed in Season 2, after learning that it would be a totally different story from Season 1 and I must say that I was pleasantly surprised by how well it worked.

Season 1 was the ultimate haunted house story. "Murder House" was full of mysterious ghosts, each with their own disturbing tale of their deaths within the house, some derived from actual famous murders in history. The Harmon family is unaware of the house's reputation when they move in, but each week they, as well as the viewers, became more cued in that the house is something out of the ordinary.
Season 2 has been the ultimate creepy asylum story.  What's scarier than an insane asylum?  Better yet, what is scarier than an insane asylum run by a tough nun?  Remember that nun from your school days?  Not the sweet one, the mean one that everyone was afraid of that would yank you out of your desk by the ear?  Yeah think of her times 2 and that's Sister Jude, played by the ever talented Jessica Lange.   She delivers some interesting punishment and runs a strange, but tight ship.

Even scarier still, is being admitted to the asylum, when you're not insane, which happens to one of the main characters.

Then there are mystery aspects thrown in, that is driving me as a view insane, trying to figure out how it will all factor in, in this final episode!

To top it all off, Ryan Murphey (the director) has teased in weekly interviews that the past 4 episodes contained clues to the locations that will be used in season 3!

If you haven't seen it yet, don't watch tonight's episode, wait till it comes out on Netflix, so that you don't spoil the whole season for yourself.  If you've been an avid viewer, I'd like to get your opinions of what's going to happen in tonight's finale :)

Season 1 is out on DVD and on Netflix.  Go check it out! 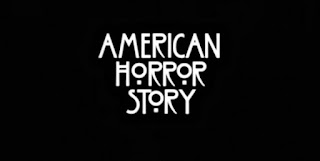 American Horror Story on FX
Posted by Countess VonRauber (Heidi) at 11:33 AM