My visit to the LeBeau Plantation was not as long as I had hoped that it would be and not at the most ideal time of day for pictures, but it was still exhilerating!   I had NEVER been this close to the house before and I felt like an ant standing next to this towering giant.  This house is huge.
It's surrounded by a chain link fence and posted with many No Trespassing signs, so I wasn't able to get right on top of it, but I was pretty close. :)  The windows are all boarded up now, which was so disappointing.  Even if there was a ghostly light lingering around, I wouldn't have seen it.   There were signs of vandelism, some of which were on the roof... which in my opinion, whoever got up there was crazy.  That roof is steep.
Anyway, I didn't see or hear or feel anything out of the ordinary, but still in all, it was exciting to finally be able to stand right next to this monster of my childhood.  ﻿ 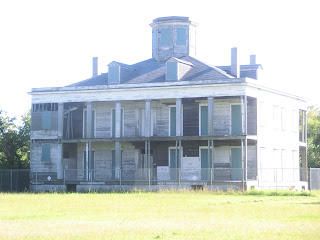 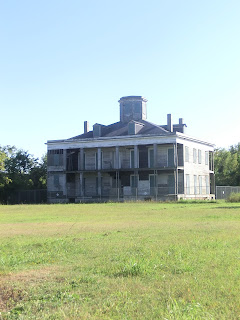 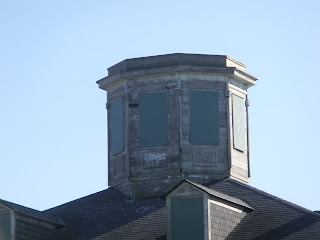 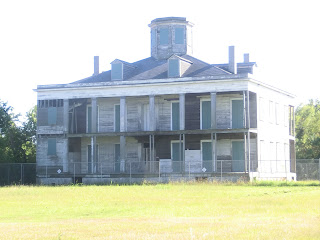 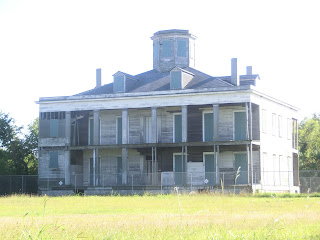 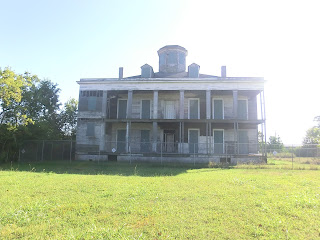 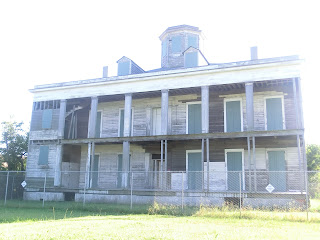 Creepy outdoor stair case.  There was an opening above it, which was consumed in vast darkness.  I kept taking shots of this, hoping to see something peering out at me in one of them... no luck though =( 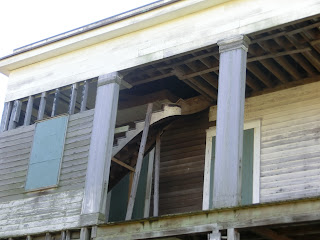 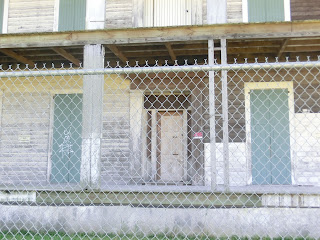 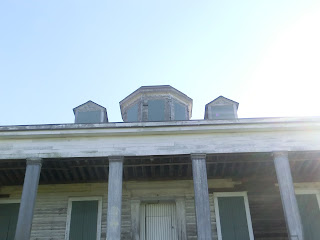 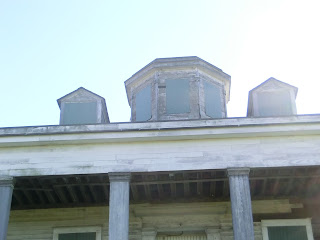 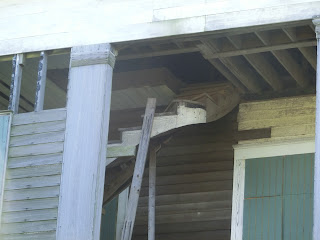 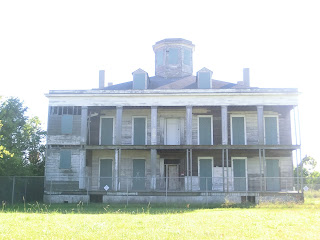 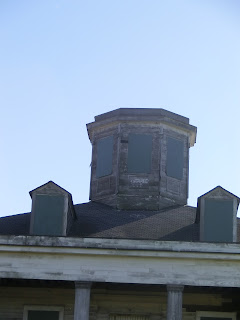 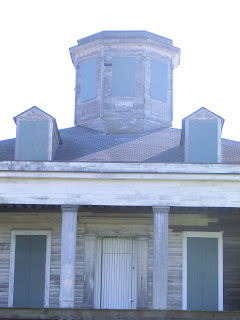 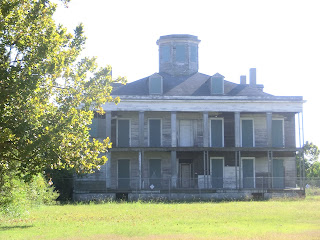 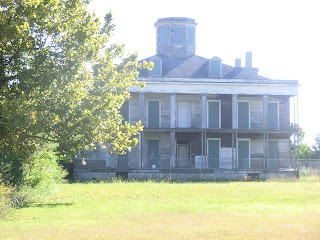 Apologies for my lack of posting this week... it's been a busy one.
﻿
Posted by Countess VonRauber (Heidi) at 1:20 PM