Although NBC cancelled Dracula, my beloved American Horror Story is still going strong, heading into it's 4th season this October. All of the speculation leading up to this season's reveil proved to be accurate. Fan made posters featuring the theme of a Freak Show started popping up after season 3's finale. 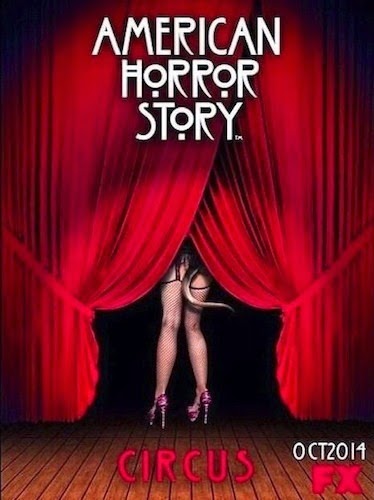 Not long after, producer Ryan Murphy confirmed the theme. Bringing fandom to the next level, a group of AHS fans/film students (including a fellow haunter, the talented Mr. Chicken), created thier own teaser trailer, convincing many that it was the real deal :) AHS: Freak Show Fan Made Teaser FINALLY, the official extended trailer dropped last week and it looks amazing. I cannot wait to see what the twisted, creative minds behind this series will do under this theme!
Posted by Countess VonRauber (Heidi) at 6:18 AM