This is another inspiration from Disney's Haunted Mansion; projected flying ghosts.  After leaving the attic section of the HM, the Doom Buggie swings around backwards are you enter the graveyard section of the ride.  The first thing that you see, are projected ghost, whizzing out of the cemetery area and up into the "sky".  This effect has always fascinated me and for 3 years, I have talked about putting this effect in my haunt.
There are a few tutorials on the web, with different methods on how to created the effect, but none of them were quite the effect that I was looking for, some required a projector or a disco ball and just seemed really complex.  The other day, my husband suggested this method ;)
We bought this: 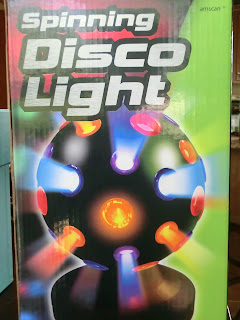 $20.00 from Party City.
Here is what is on the inside when the globe is removed.  A simple light. 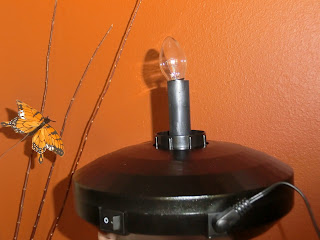 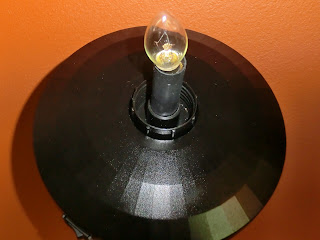 I took the globe off and began the tedious process of prying off all of the colored caps, using various sized screw drivers... not safe, I know, I cut myself once, but only once and there wasn't even a drop of blood, so all is well ;) 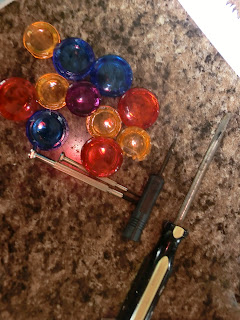 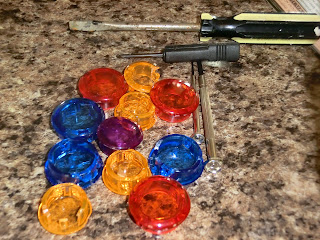 This is the globe without the caps. 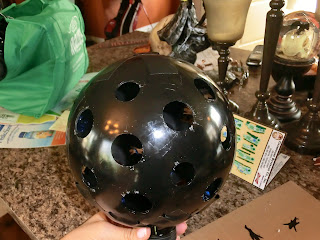 Then came the even more tedious task of cutting out tiny ghost shapes on paper.  I came up with four different designs.  Two to fit the larger holes and two to fit the smaller ones. 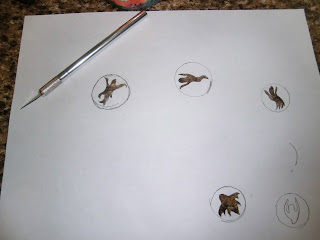 See, I told you they were tiny! 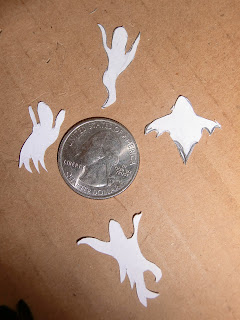 After I had my tiny ghosts, I traced them out on pieces of thick black industrial tape and stuck them in random spots of the globe, covering some of the openings.


All of the openings on the top and bottom of the globe were covered with a solid piece of tape, so that no extra light leaked out.  Also, I did not cut out "ghost tape" for every single hole.  Solid tape was placed on these as well, so that the ghosts appear to be flying in a random pattern. 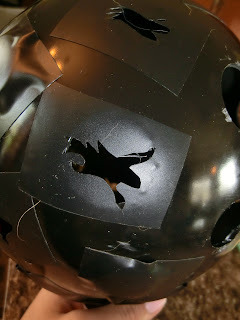 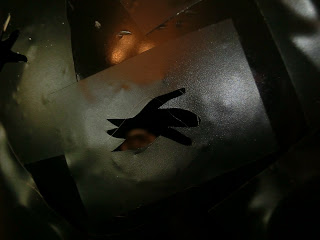 Of course, we had to take it one step further and add a hidden Mickey :)  I had a piece of Mickey confetti that was the perfect size for the stencil. 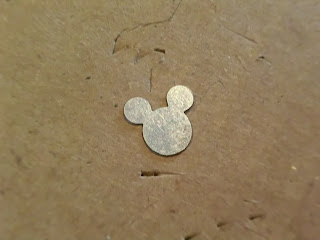 Here's the test :)  It's shot inside and in a small bathroom, so the projections are smaller than they will probably be outside.  The further the globe is from the wall, the bigger the projections get.  We will just have to test it out once we get the graveyard up.
Without any further ado ;)  Here are my ghosts!
Posted by Countess VonRauber (Heidi) at 7:03 AM